Hayley Williams about the first solo album Petals for Armor, her lowest point and Paramore’s future. 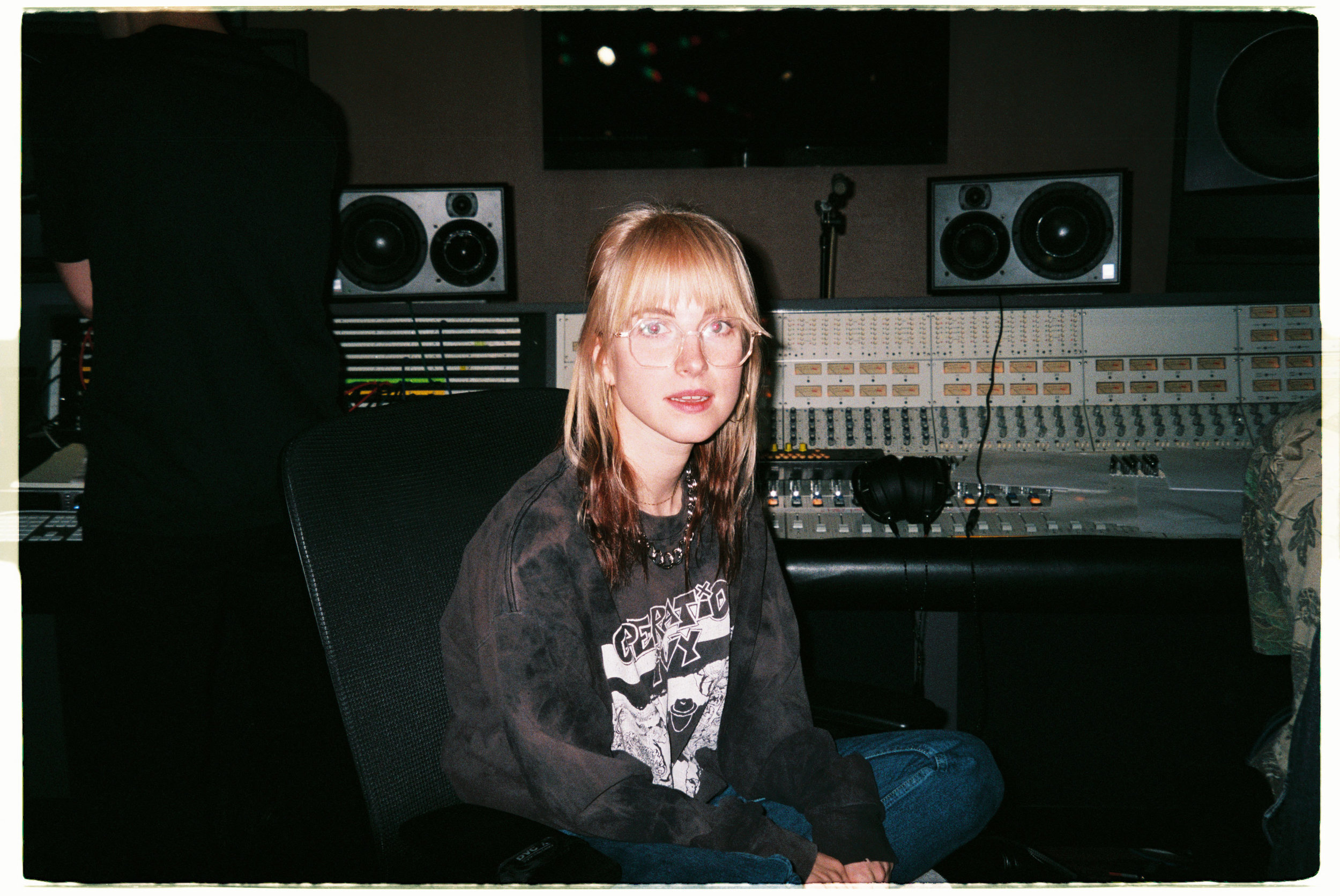 USA TODAY caught up with Hayley Williams by phone last month as she quarantines at home in Nashville, Tennessee. She opens up about “Petals for Armor,” therapy and what’s next for Paramore.

Below you can read the interview, here the original article.

First off, how are you holding up?

I’ve been well. I wondered when all this started if I should delay the album, but I just thought, “What am I really going to do this next month or two without working?” I feel like I’ve been pregnant with it for so long that I’m just ready to release all this stuff. I’ve done Skype interviews and FaceTime photo shoots, so we’re just learning how to do this in an entirely different way and that’s really kept me moving forward. For anyone who has any form of anxiety, some of these bigger world issues feel so out of control that it can be a bit paralyzing. So I’ve been very grateful for work right now.

As someone who also lives with depression, I’ve found meditation and virtual therapy extremely helpful during quarantine. What’s been most beneficial for you?

Oh, the days I wake up and know I have therapy on Skype, I’m like, “Oh, my God, I want to cancel it so bad.” It’s like going to the gym or something. I was definitely in denial the first couple weeks and I would say the third week was when it was roughest for me: I really didn’t get off the couch, I didn’t talk to anyone, I didn’t do much work. I was crying a lot out of nowhere, especially if I put the news on. It’s terrible!

But for me, making tea in the morning (is calming). I do a sort of mini tea ceremony for myself where I put on some type of world music, light incense and just sit there with my thoughts – or no thoughts – and let myself ease into the day. I find early mornings and right before bed is the toughest, so if I can just get moving in whatever way, I’m fine.

Has this been a creative time at all?

A lot of the things I’ve been learning don’t have to do with music, which is interesting. I was supposed to spend last month and most of this month just practicing my songs on different instruments and working out new arrangements (for tour), but now instead what I’m honing in on is what I like to eat and how to grocery shop for one person. It’s such a weird thing. I didn’t spend much of my teenage life or my 20s at home, so this is all new for me. I’ve been journaling a little bit, but I think I just wrote so much for the record that maybe I’m empty for a moment. Who knows?

You recently released new single “Dead Horse,” in which you confess to being the “other woman” in a past relationship (with now ex-husband Chad Gilbert of band New Found Glory). How does it feel to put such a confessional song out there?

It feels like someone removed a tumor from my side – I had been really nervous about putting this out. I know you can’t control people’s perceptions, but for me, I knew with my side of my heartbreak, I felt a lot of shame about it rather than being able to own it and move on. This feels like my 30-year-old self finally spoke for my 22-year-old self who couldn’t say some of these things. She didn’t have the words or the courage to stand up for herself. This is just me clumsily learning how to take care of myself in new ways.

You’ve spoken about how “Petals for Armor” was born from journaling you did in therapy. At what point did you realize it was more than just a therapy exercise, but an actual album?

I wrote a poem that turned out to be (second single) “Leave It Alone.” And that was just scribbles in my journal that turned into a melody and I put it to something that Joey (Howard) had written on his bass. But even when I was using my words musically, I still didn’t think, “Oh, I’m making a record.” It took a little bit of time. I had momentary fantasies where I’d be like, “Oh, man, it would sound so beautiful with people singing along to this.” And then, three or four months into the process, it was like, “Oh, (expletive), I’m making a record right now.” And that’s probably the only way I was ever going to make it. I got tricked into making a solo album.

Were you at all reluctant to go to therapy?

My mom teaches a course at Belmont University in Nashville that’s very much focused around emotional wellness and intelligence. … And she was telling me all the time, even back when we were touring the self-titled album (in 2013), “You need to go to therapy.” She knew about a lot of my inner struggles and things that I’ve only just now started to write about in songs.

But the truth is, I didn’t want to be told to get out of a relationship I knew wasn’t healthy for me. I didn’t want someone to push me to that – I, for whatever reason, needed to torture myself to the end. So I was very reluctant for a long time and I would only go if I thought I was going to get an answer that I wanted. And no part of life is like that.

So it took until right around the time we released “After Laughter” (in 2017). I was getting a divorce and I was just like, “Man, I can’t do this by myself. I don’t even know what I’m feeling; I don’t know how to articulate it.” There was a point where it was like, “OK, this is a low point and I have to commit.” My point was late 2018 after getting off the road from “After Laughter.” It was just too much, I was getting really unhealthy again and I needed help.

Your Paramore bandmate, guitarist Taylor York, is a co-producer on “Petals For Armor.” Have you guys already been discussing the next Paramore album?

We’ve talked about it for sure. We’ve talked about who might be a cool producer, because both Taylor and Zac (Farro, Paramore’s drummer) produce now. And we’ve talked about what styles of music we might want to (expletive) with. It’s funny, though, because we always do this and then we get in the car and take a complete left turn. It makes me excited because we literally just follow our whims and who knows where we’ll go? I think that’s what kept Paramore going all this time.